By Tom Marks a day ago
The high honor of reading quotes after you finish research has been passed on.

After he voiced Civilization 6's E3 trailer, there was a lot of speculation about whether actor Sean Bean would be lending his voice to more of the game. And after playing Civilization 6 hands-on, we can confirm that Bean will be the voice of the historical quotations that appear after you complete a new technology, and now also for the new civics. You can watch the video above starting at 5:30 or the embedded tweet below to hear how he sounds.

Actor Leonard Nimoy, who passed away in February of 2015, provided his thoughtful intonations in Civ 4 before having his enormous shoes filled by actor Morgan Sheppard in Civ 5. Bean has done some game voice acting before, most recently as the narrator in survival horror game Kholat. He was also the voice of Emperor Martin Septim in The Elder Scrolls IV: Oblivion, and this is definitely his largest video game role since then. Serving as an omniscient, unseen narrator that transcends time itself will presumably make it difficult for Bean to be killed, but we wouldn't rule anything out.

Civ 6 has introduced a civics tree fueled by culture generation, alongside the regular science-based technology tree. A quote is read both when a civic or a tech is completed, which means Civ 6 will feature a lot more quotes to be read than its predecessors. You can hear about all the differences between Civ 5 and Civ 6 by watching the full video above.

Photo to make it legal, not related 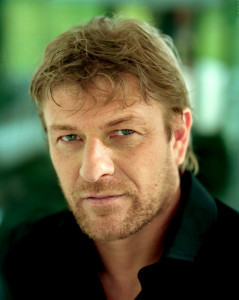